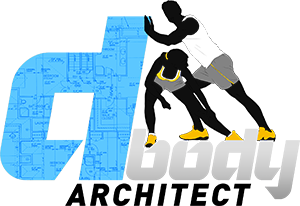 Google+
Get the Mindbody App

The title, ‘d body Architect’ (dbA) was founded on the concept that the trainer can design the plan (the blue print) based on the client’s concept of their ideal body, but the client has to put in the hard work (the construction work). Philosophically, my credo is:

“Success through sweat and science”

My journey to ‘trainer-hood’ was a bit of a stumble and self discovery. One can argue that it began when I was a gym goer at La Joya Gym in St. Joseph, Trinidad, back in 1997 when I was trying to stop being a scrawny Form 6 student. I used to read whatever magazines I could get my hands on and chatted a lot with trainers like Dane, Ricardo and Hayden.

Realistically though, it started at university in 2003. As a first year sport science student, I worked in the ‘uni’ gym part time to pick up an extra pound or two. The combination of exercise science modules, the need to be fitter for the university field hockey team and the desire to help students who asked questions at the gym desk, drove my interest in the exercise and fitness field. Exercise science modules served well for grasping theory and the science nitty gritty, but to be more marketable, some form of training qualification was required for the job market as I saw it in the UK at the time.

In 2006, the fitness trainer journey started in earnest with the HFI Certified Fitness Trainer qualification which I started preparing for while completing my undergraduate thesis. This allowed me to start working at the Kinetic Gym just off Holloway Road, London. The wheels then really began turning as the hunger for more knowledge and higher level knowledge grew. In the following year, a full Personal Trainer certification was acquired including Mat Based Pilates, Exercise to Music, Training in Alternate Environments, Indoor Cycling and Boxing for Fitness among other fitness certifications.

While the knowledge journey progressed, so did the experience. I moved from the university gym onto managing the staff gym facility at BBC White City. That job allowed much personal growth and development as both a manager and a fitness professional. Returning to Trinidad in April 2008, the dream was to work primarily in the sport realm with a few personal training clients here or there. Personal training however, took over my spare time quite quickly alongside my job at the Ministry of Sport. I sought only to service the market of persons who did not want to go to a gym to meet their health and fitness goals. The mobile model that I started was tough to make profitable in the afterwork hours with traffic being as it is in Trinidad and that’s where the group exercise in “the park” concept really became the main, starting on the paved stretch opposite TGIF by the savannah until moving to the once quiet Jackson Square, St Clair.

In 2009, I headed back to the UK to pursue my MSc Applied Sport Science. While in Wales doing such, I also began upgrading the educational portfolio by attending all UKSCA workshops and improving the knowledge base in a more sport specific manner. On my return in October 2010, the dbA movement started in earnest growing in number and popularity. During this time there was more work with national athletes such as Sean Morrison, National Beach and Indoor Volleyballer and Olympian Andrew Lewis in his build up to qualification and the Games themselves.